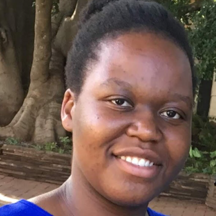 The impact of ‘emergency’ food parcels on the dietary practices of low-income households in the South of England: A mixed qualitative study

Find out more about Denise's research