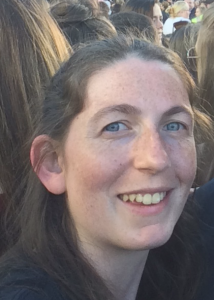 Based at: University College London

Project title: The association between alcohol consumption and risk of self-harm and suicide behaviours

Project summary: Approximately 6,000 people per year die by suicide each year in the UK, with many more attempting suicide and experiencing suicidal ideation. Self-harm rates are also known to be on the rise, particularly among young people. Substance and alcohol misuse are known risk factors for suicidality. Most research to date has focused on the relationship between alcohol use disorders and alcohol dependence and suicidality, but fewer have looked at alcohol consumption across the population to explore how this impacts risk of self-harm and suicidality.
My research will look at the association between alcohol consumption and the risk of self-harm and suicidality at a population level, with a focus on risk across the lifespan. Using nationally representative datasets, including the Adult Psychiatric Morbidity Survey and UK-wide GP medical records, we hope to begin to disentangle the complicated relationship between alcohol use and risk of suicidality and self-harm.

Practice engagement: Both my primary and secondary supervisors, David Osborn and Alexandra Pitman, are practising psychiatrists and my third supervisor, Kate Walters, is a practising GP so our discussions are regularly rooted in the clinical importance and potential for implementation from a practitioners perspective. As the project develops we will collaborate with colleagues in the Department of Health to discuss dissemination and future directions.

Public engagement: After the completion of my first study, I will work with the SPHR Public Mental Health stream PPI and a Data Science PPI group to discuss interpretation of results, dissemination advice and future directions. Toward the end of my PhD I will produce a resource for the public and practitioners summarising what I have learned and with recommendations for practice, policy and raising public awareness. I intend for PPI to be involved in this process.