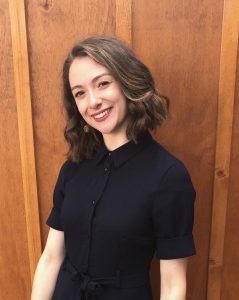 Based at: University of Sheffield

Project title: Ethnic density and mental health in the UK: what are the pathways and what is the role of local cohesion policy?

Project summary: My research aims to understand the effect of ethnic density on mental well-being, and what role social cohesion policy plays within this, for both minority ethnic and majority ethnic residents. A systematic review maps out current knowledge of the pathways between ethnic density and mental health in a UK context. The findings of this will be synthesised in a visual format based on a theoretically driven model. Additionally, a Delphi exercise will be conducted with a panel of experts on cohesion policy and a consensus on the measurement of cohesion policy will be established. This consensus on measurement will be used to assess current cohesion policy in each local area in England and ultimately to produce a typology of cohesion policy in England. Finally, the relationship between ethnic density and mental well-being will be assessed using the cohort study Understanding Society, employing longitudinal structural equation modelling methods. The theoretical model developed from the systematic review will inform the analysis of the data and the results of the policy typology will be incorporated into the analysis as an area level variable.

Practice engagement: Local council practitioners are involved in the ongoing development of this project, including the Community Development Co-ordinator for Sheffield.

Public engagement: An initial patient and public involvement session was held with the Deep End Panel in Sheffield to guide initial ideas. Another is to be held in the coming months with a different group to discuss the methodology of the project.

Find out more about Natalie’s work.