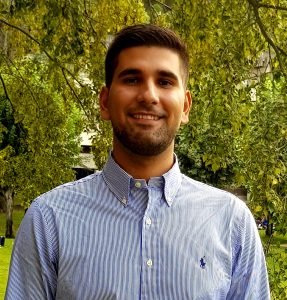 Based at: Lancaster University, Health Economics at Lancaster (HEAT), Division of Health Research, Faculty of Health And Medicine

Project title: The impact of economic shocks on health and health inequalities

Project summary: Throughout the first chapter, I explore short- and long-run impacts of retirement on both physical and mental health during the Great Recession. The Great Recession was the most severe economic crisis since the Great Depression and seriously affected most OCED countries, including the UK, whose recovery was particularly slow. This resulted in a long period (from December 2007 to June 2009) of high levels of job insecurity and economic uncertainty, affecting the entire working population. However, the effects of the Great Recession on health, and mental health more specifically, are not entirely conclusive. As such, in this paper I investigate whether moving into retirement during an economic crisis may reduce work-related stress and in turn improve health. I employ data from the second to the eight wave of the English Longitudinal Study of Ageing (ELSA). I estimate the effects of retiring on a series of mental as well as physical health outcomes, including specific diagnosed conditions (e.g. cancer, stroke, and diabetes); self-assessed health and well-being (e.g. self-rated health, life satisfaction and loneliness) and biological measures (e.g. body mass index, blood pressure and cholesterol levels). Moreover, I shed light on the mechanisms through which macroeconomic conditions may impact retirement and in turn health, by looking at health behaviours and income expectations as well as heterogeneous effects among sub-groups of individuals.

Practice engagement: My analysis may help policymakers to design labour policies and incentives in order to better protect the health of their citizens, as well as, mitigate the employment effects of the next economic recession.

Public engagement: Ideally, I will present the results of the analysis in meetings where public and private decision-makers will be involved.

Find out more about Mario’s work.