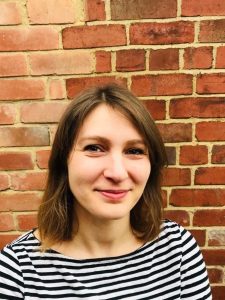 Based at: University of Bristol

Project summary: This PhD is a mixed methods study exploring the complex relationship between social media use and the mental health and well-being of 13-15-year-olds in South West England. The study aims to move beyond traditional measures of social media screen-time to explore how different types of social media use and different apps relate to different mental health outcomes; exploring potential mechanisms underlying the associations and whether the relationship between social media use and mental health differs for groups more vulnerable to mental ill-health, including girls, LGBTQ+ teenagers and those from low income families. A longitudinal survey will be conducted with approximately 2,000 13-14-year-olds (Year 9) in October 2019, following them up a year later at age 14-15. Findings from the first wave of the survey will be used to inform recruitment and topic guides for focus groups or interviews with Year 9 pupils. This qualitative work will be used to allow teenagers to contribute to our understanding of the topic in their own words, providing further insight into the cross-sectional results from the first survey wave. The second survey wave will then enable longitudinal associations to be explored, investigating whether or not the relationship between types of social media use and mental health outcomes are reciprocal.

Practice engagement: I have engaged in several relationship-building activities with target schools, including tailored communication, telephone conversations, face-to-face meetings with teachers and members of the Senior Leadership Teams and presentations to PSHE Leads. I have also established relationships with public health professionals in Bristol, BANES, Wiltshire and South Gloucestershire, who have links with school networks and are well placed to support both recruitment and dissemination of findings. These practice colleagues are involved, alongside representation from a youth mental health charity and academic experts in health inequalities, in an advisory group for the study.

Public engagement: To help inform some question wording in the survey, topics covered by the survey and trial an ice-breaker activity, I have conducted three PPI groups. In an initial meeting with the CLARHC West Young People’s Advisory Group (YPAG), we discussed the most commonly used apps and the purposes each serve. The group also provided feedback on some draft question wording for the survey. A second meeting with the YPAG involved trialling an ice-breaker activity for focus groups, in which participants note down three key words or phrases they associate with each app and identify them as either positive or negative for mental health and well-being. These were used as visual aids to facilitate further discussion. I also conducted a PPI session with an LGBTQ+ youth group run by Off The Record in Bristol. This involved some focused discussions around phrasing gender and sexual identity questions sensitively and using inclusive language, followed by a more in-depth discussion around how LGBTQ+ teenagers might use social media differently to their heterosexual peers.

Find out more about Lizzy’s work.